After rescheduling the event, from Sunday to Saturday due to the forecast, the sun came out in force for the Doonbeg Currach Club as they held their annual racing Regatta from the pier in Doonbeg. Competitors came from Cork, Kerry, Galway and all over Clare to compete. There were six primary races; Mens 3 hand(6 oars), Ladies 3 hand, Juniors (under 18s), the Clare League mixed race, Fear agus Bhean pairs and the 4 hand Naomh-og race. 16 races were run over the afternoon and a large crowd gathered to watch from the pier and follow the races on the water. The course took rowers  out into the mouth of the bay and back to the pier to provide a close up of the finish line for the spectators. “One of the highlights of the day was watching five junior crews battle it out to cross the finish line in what was a very close finish. These juniors are the future of the sport and it is great to see their enthusiasm and energy for the sport.” said racing commentator Eugene Costelloe.

The mens seniors race was a close contest with no more than the length of a currach separating the winning Galway crew of Joe Rua, Martin and Michael Mulkearnes from the second placed Doonbeg local crew of John Keane, Eoin Honan and Shaun Honan.

The women’s race was won by the Rosmuc crew of Georgina Folan, Julia Devane and Anne Driscoll who finished ahead of the Galway/Donegal crew of Annie Duffy, Niamh Folan and Nora McDonagh, The Clare/Galway/Kerry crew of Ruth Hurley, Bernie Joyce and Siobhan Goodwin completed the course in third place. The fear agus bean race was won by John Joe Donohue and Julia Devane one of the crews considered strong favourites for the All-Ireland Currach races due to be held in Lettermor, Connemara over the 19th & 20th of August. Niamh Folen and Shane Mc Donagh of Rosmuc were second with the Clare team of Ray O’ Leary and Ruth Hurley in third place.

The junior race was won by a mixed team of May McCarthy, Kate McGuinness and Cian O’Sullivan followed by Charlotte Hannon, Alanna Wade and Fionn O’Leary. The Clare League race, which is teams drawn together on the day from various clubs, was won by John Keane of Doonbeg, Joe Rua of Rosmuc and Diana Acune from Cork. This team was closely followed in second place by Eoin Honan of Doonbeg, Kate McGuinness of Clarecastle and Conor Cusack from Kildysart. The naomh-og race was won by the Kerry crew of Michael O’Leary, John Joe Hussey, Patrick Hussey and Shane McDonagh.

Club Chairman Shaun Honan thanked all of the participants who travelled and supported the event, an annual fixture for the village. Even with the short notice for change of date to avoid the bad weather, Mr Honan expressed the committees delight with the turnout of spectators and rowers alike who helped make the day a great success. Shaun also noted that coverage of the Kilbaha regatta in July would be featured on the RTE programme “Creedons Shannon” on Sunday 06th August.  After a long days racing, refreshments and prize giving took place in Comerfords Bar Doonbeg followed by music and entertainment. 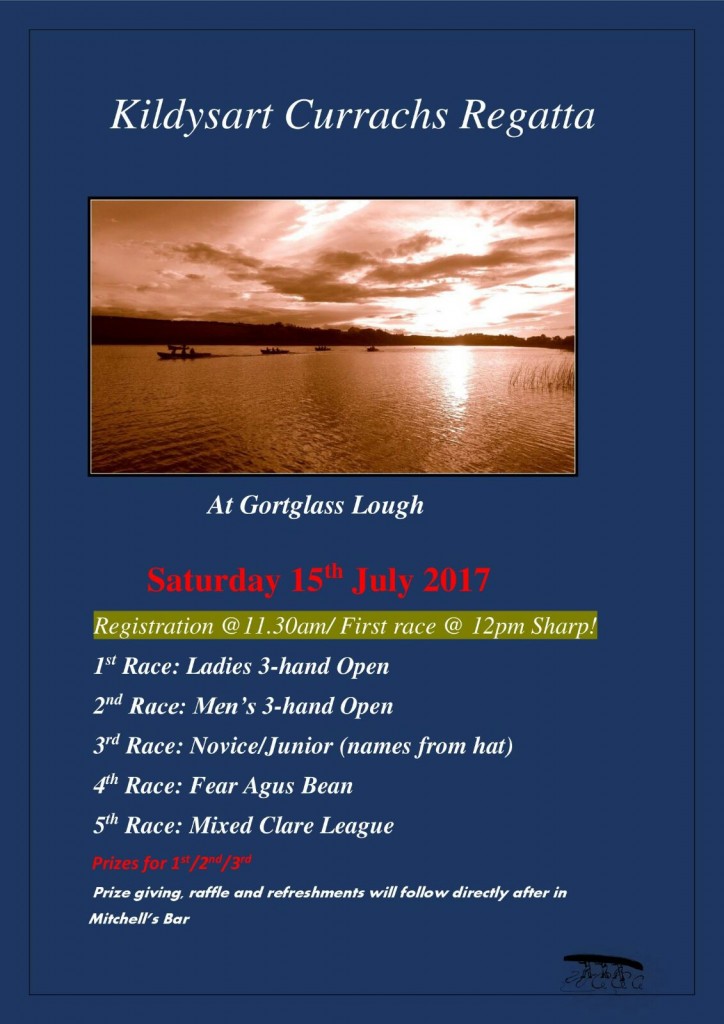 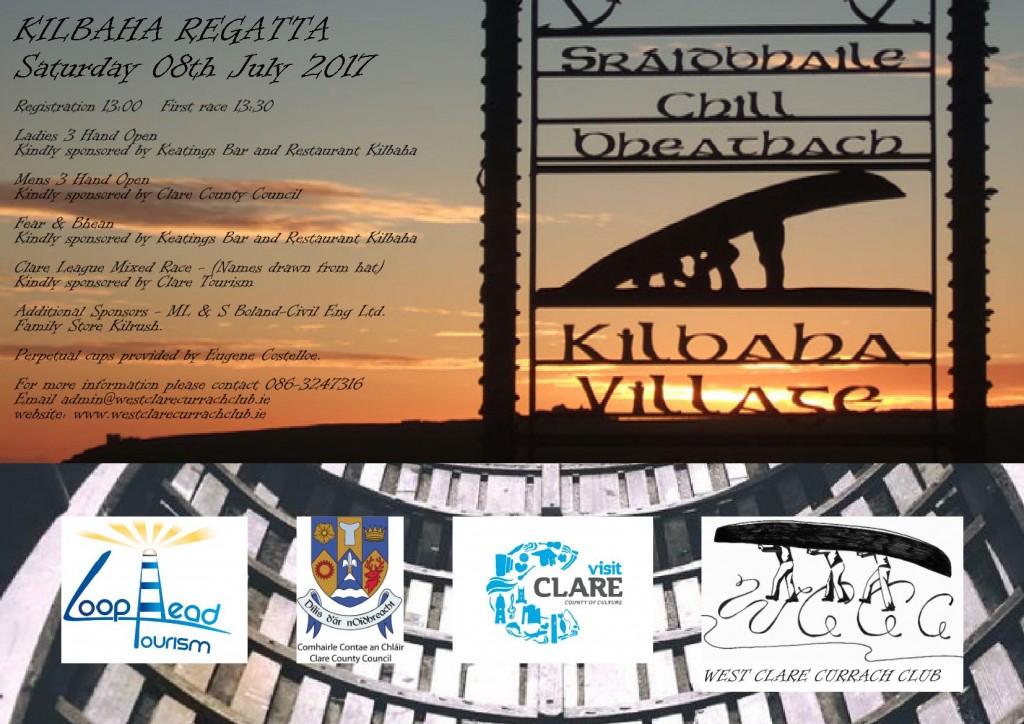 The Clare League Regatta takes places at the pier in Kilbaha on Saturday 08th July at 13:00 to coincide with the RTE filming of the final episode of Creedon’s Shannon. We wish to extend a warm welcome to all rowers who would like to attend and take part on the day. The rowing will be followed by prize presentation and refreshments in Keating Bar and Restaurant at Kilbaha Pier.

Races on the day include the following

Prizes for first, second and third places in all races.

The Clare League Regatta takes places at the pier in Querrin on Sunday 04th June at 12:00 noon.

Entries will be taken from noon and first race will start at 12:30 sharp.

Races on the day include the following

Clare League mixed race with all names drawn from the hat on the day.

Prizes for first, second and third places in all races.

All welcome and hopefully the day will be as enjoyable as last years event. 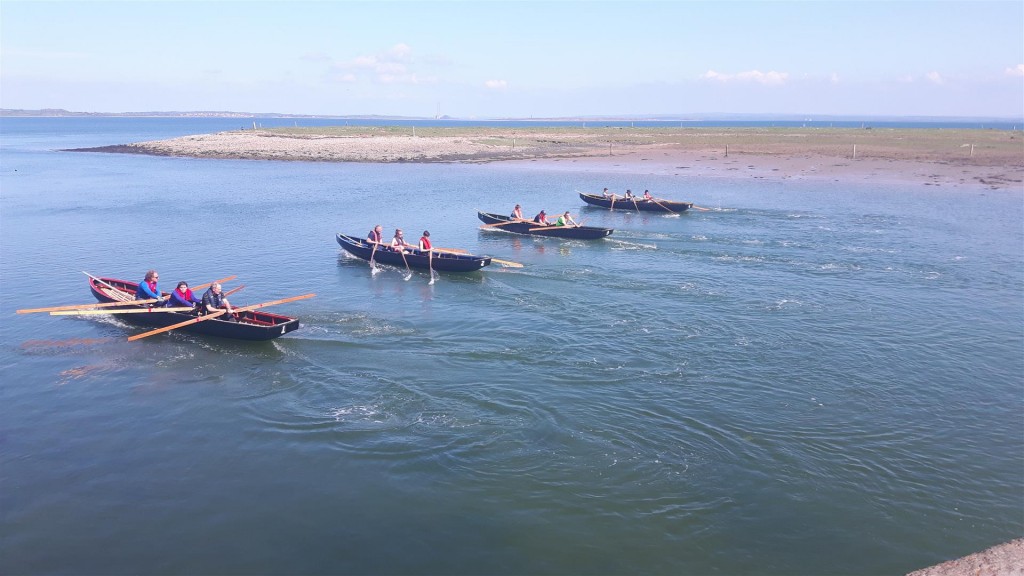 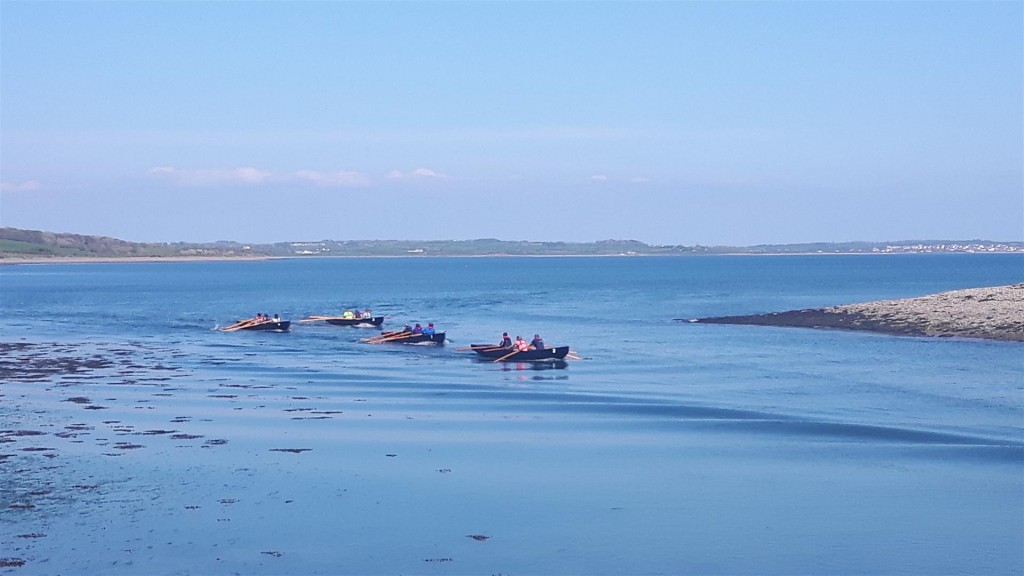